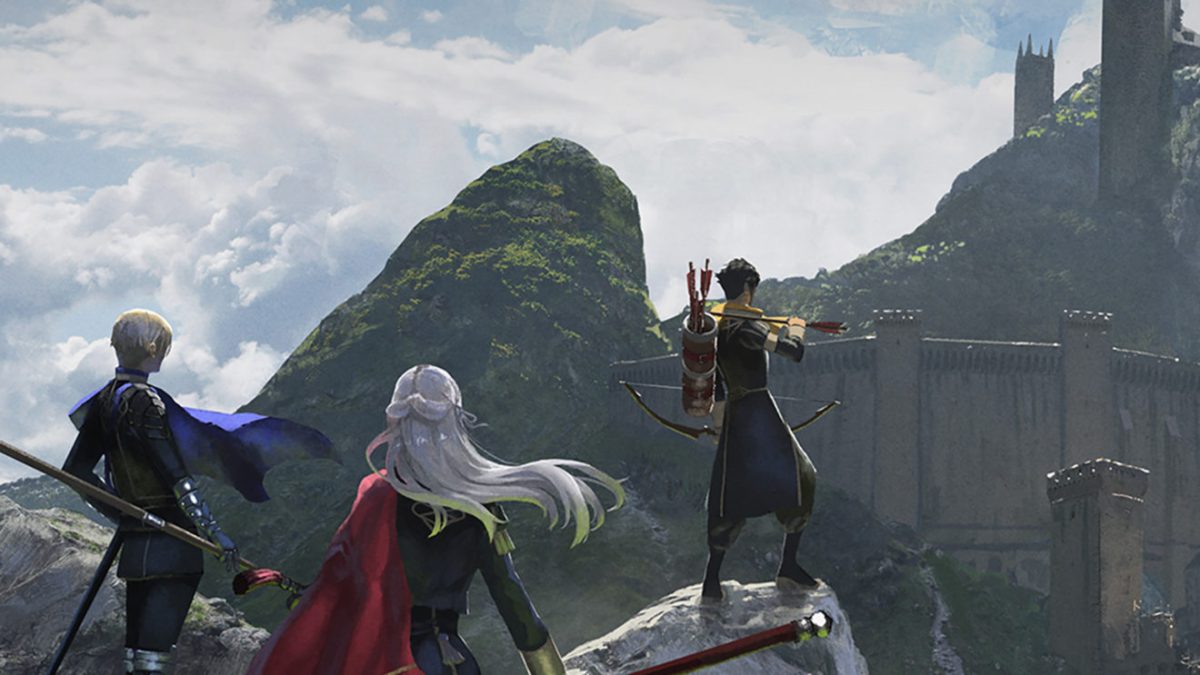 You might have seen the videos like ‘We Showed A Bank Robber GTA V’, ‘We Showed A Lawyer The Bird Law Scene From IASIP’ and, my personal favourite ‘We Showed A Priest ‘God Is A Woman’ By Ariana Grande’. Playing Fire Emblem: Three Houses was a similar experience for me.

I used to be a teacher; it feels like it was a lifetime ago, even if reality suggests it was only a handful of years ago. I knew relatively little of the game when I first dove in, not even that it took place in a school or that you took charge of your own class of pupils. I’d never played a game where teaching was so central to the story, and so while the tactical combat was compelling and the characters were engaging from the start, it was the teaching which immediately dragged me in.

Fire Emblem is not a teaching sim, and the physical act of teaching is little more than deciding which stats you want each character to max out. Viewing it as a teaching sim, however, it became clear that only certain students actually needed a teacher.

Even in the monastery down time, there’s more to that side of the game than teaching. It’s on you to explore the area, speak to your students, fellow teachers, and friendly gatekeepers, as well as completing activities like cookery, greenery and fishing to both increase your stats and add depth to your experience.

The romance angle I found a little icky, even though it only really develops post timeskip. And yes, while your age is never stated you’re implied to be around the same age as your students, but there was still a clear authority imbalance in play, especially with students who weren’t Edelgard, Claude or Dimitri.

The discomfort over romance can be chalked up to my personal interpretation, however, with nothing of note happening until post time skip. On closer inspection though, what the romances revealed was the biggest flaw at the centre of playing Fire Emblem: Three Houses as a teaching sim. Some of the students are adults, and some of the students are children.

I don’t mean by their ages, or anything to do with the time skip. What I mean is that some of the characters are written perpetually as teenagers, and others as fully grown adults.

I’ve been in enough classes to know that a range of maturity levels are normal; I’ve mediated discussions about how Mr Birling represents the folly of capitalism while telling other students to stop drawing willies in their books. But when I told the willy drawers off, the Mr Birling discussers would giggle. If I caught Caspar or Hilda doodling obscenities, I don’t think Edelgard or Dedue would chuckle, and that’s a problem.

The likes of Edelgard and Dedue (there are more, I’d say it’s 40/60 in favour of the immature ones by eyeballing it) don’t really feel like they need a teacher, aside from someone to tell them to clean out the stables or focus on their axe work to gain skill points. There’s enough to the cutscenes – especially with the two major characters in the example – for us to get to know them, but it feels much more like you’re meeting them as peers.

There are a handful who straddle both camps. Sylvain, with his confidence around adults yet clear immaturity and Big Fuqboi Energy, feels more like a college student than a high school senior, and Lorenz goes from awkwardly trying to act like a grown up pre timeskip to becoming a more reflective and perceptive adult post, but mostly it’s one or the other.

It’s in meeting the more immature students where the game really shines as a teaching sim, and wish there was more of it.

For example, coaxing Bernadetta out of her shell, even helping her expand her confidence by inches, drove to the core of what being a teacher is. The more vulnerable, less assured students like Bernie, Marianne and Ashe need your hand to guide them. If Hubert or Felix fell in battle, well, more fool them. If Bernie was struck down by an arrow though, it was a personal failure on my part.

This vulnerability wasn’t exclusively expressed through shyness or lack of confidence as it is with Bernie, Marianne and Ashe, however. Caspar and Leonie seemed irritating at first, but my respect and affection for them grew when it became clear they desperately needed a mentor. Petra and Mercedes too had the inner maturity of a Head Girl, while lacking the same assuredness outside of their immediate vicinities.

It’s the fact that the game is peppered with such wonderfully real bouts of teaching which make the absence of it elsewhere so disappointing. Cyril is like that kid you never taught but always see around school. You get to watch him grow from the guidance of others, and that can be just as rewarding. Ignatz has an infectious but cluttered enthusiasm, and needs you to point which way to go.

Dealing with Edelgard, Dedue, Dorothea, Claude etc barely felt different from dealing with Manuela, Hanneman or Shamir. As characters, most of the students are fascinating in one way or another. But as students, there’s a palpable imbalance. Maybe it’s nostalgia for my days as a chalk jockey, but I can’t help thinking I would have enjoyed it just a little bit more if my students actually needed me there.